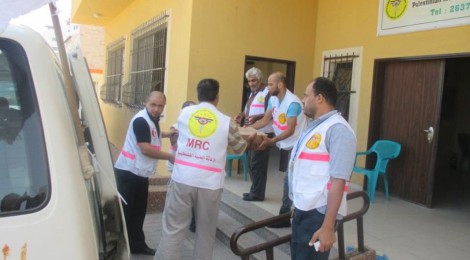 A twelve hour humanitarian ceasefire that was in effect on Saturday July 26th, from 8:00 am to 8:00 pm, revealed the magnitude of destruction that has been inflected onto a-Shijaeya neighborhood, east of Gaza city. Homes have been leveled with the ground, and as you walk in, the smell of death surrounds you from everywhere, telling you that there are still bodies under the huge piles of rubble that have become the main component of that area.

Medical and aid workers, who rushed to the area as early as the ceasefire was announced, dug up 81 bodies that were under the rubble for a week, and many others are believed to be still buried there.

“It’s a body.” Someone screamed as medical teams arrived. A medical worker rushed to dig it while screaming from the horrifying scene. “It’s decomposed.” He says. Three men standing next to him started crying. “It’s our uncle’s body. He used to live near us.”

Another was looking for his home. “I can’t even find the street corner where my house used to be. I don’t know where my house is.” He said as he went to check out the damage in his neighborhood.

Hundreds of thousands of people have fled their homes during the past weeks. Close to two hundred and fifty thousand people are now homeless. UN-run schools are housing 162,800 people in 83 schools, according to UN reports, while others are staying with relatives.